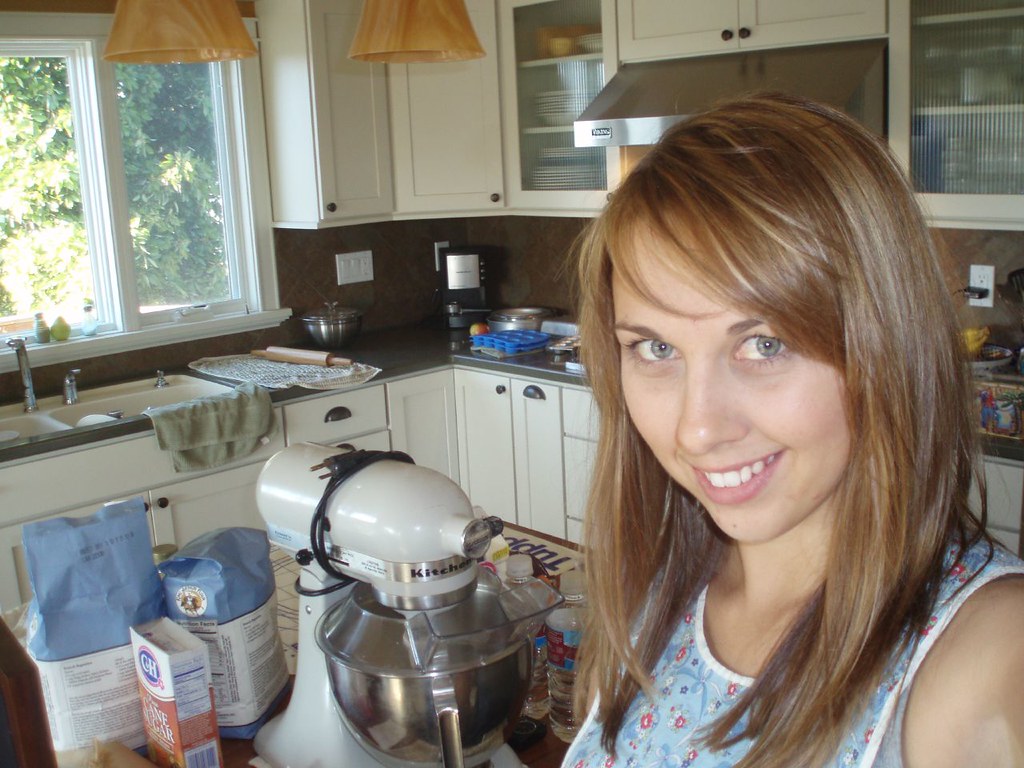 Portage la Prairie's Paula McLaren, started baking muffins with breast milk and has turned her endeavours into a successful business. She now used vaginal yeast to bake breads and create one-of-a-kind yogurts and sour cream while employing friends and neighbours to supply her with breast milk

PORTAGE la PRAIRIE, MB –  One day, Paula McLaren was running low on baking supplies so she decided to start improvising and stumbled onto a surprising hit.

She started with baking muffins using her own breast milk but has expanded her menu to include breads, yogurt and sour cream – all made with her very own milk and yeast.

“The first batch of muffins were a huge hit with the kids,” McLaren shared.  “My husband, Michael said they were the best muffins he’s ever eaten.  They were eating them faster than I could make them.”

McLaren started making batches for her neighbours to see if they would be as popular with folks outside her home.

“The whole street calls them my ‘Booby Muffins’.  They love them!”

After being recently laid off, McLaren decided to try starting her own business of organic baked goods made with her breast milk.  She never expected it to be such a hit.

“We started off selling about 60 dozen muffins a day,” McLaren explained.  “We just did some online advertising the whole thing went viral.  I bake every morning and pump my breasts in the evening.”

After reading on the internet that she could grow yeast from her own vagina to bake with, McLaren give it a try and within a few weeks expanded into breads.

“The health department doesn’t advise eating products made of vaginal yeast but we tested with the kids and neighbours first and no one got sick.  We just have people sign a waiver so we don’t get sued,” McLaren said.

Harvesting her yeast was challenging at first but through many trials she is now very efficient.

It was a Sunday night when she was experimenting with a new muffin recipe that called for yogurt when she got the inspiration for her latest homemade product.

“I was looking at the jug of breast milk and the store-bought yogurt when I thought, why am I buying this?  I bet I could combine my vaginal yeast with my breast milk and make my own organic yogurt.”

McLaren’s yogurt aptly named, Essence of Me Yogurt, comes in four flavours and is selling fast.

“I can’t even keep up with it,” she said.  “I can’t produce enough milk so I asked the neighbours if they’d be interested in supplying me breast milk to meet demand.”

“It’s a great side hustle for them,” McLaren explained.  “Some are earning over $200 a week just for producing milk.  We even have enough supply to start our own line of sour cream.”

The business has grown so large the McLaren’s and their partners are considering acquiring industrial space in Portage la Prairie’s industrial park.

Paula estimates her monthly sales are nearing $90,000 as consumers rally around the all natural, organic, homemade line of products.

“We’ve have women send us emails every day asking to sell their milk and yeast.  It’s a great way for women to make extra money without much investment.”

Notice to readers – please click here to read the full disclaimer/disclosure.  This story, website and all related media forms are fictional in nature and reality.  That means they are made up, fanciful, lacking in reality.  If you thought a woman in Portage was making a killing off breast milk and vaginal yeast products you might need to seek help immediately.  It’s an idea so crazy we didn’t think a disclaimer was necessary.  But, alas, there are many people out their with tin-foil hats who just read the headline and shared it with some sort of dumb-ass comment, perhaps even in support of the idea.  We know that anyone who reads this far will know immediately, the story is designed and created for the purpose of humour.  You know to get a laugh, a chuckle perhaps out loud.  Beyond that this story and many others contribute to the oddness of this website and its overall strangeness.  The creators of CIPP-TV can be accused of many things but being normal is not one of them.  We ask you to please share this story and the rest of this website with all those who will join in your appreciation of all that is weird and wonderful.  For those of weaker intellect we do indicate in the header that this is a fictional television station.  We trust if they don’t know what fictional means they can at least search the definition.  At any rate, we must go and have our coffee break now complete with a plethora of muffins made with breast milk.  Just kidding we’re not.  Or maybe we aren’t kidding.