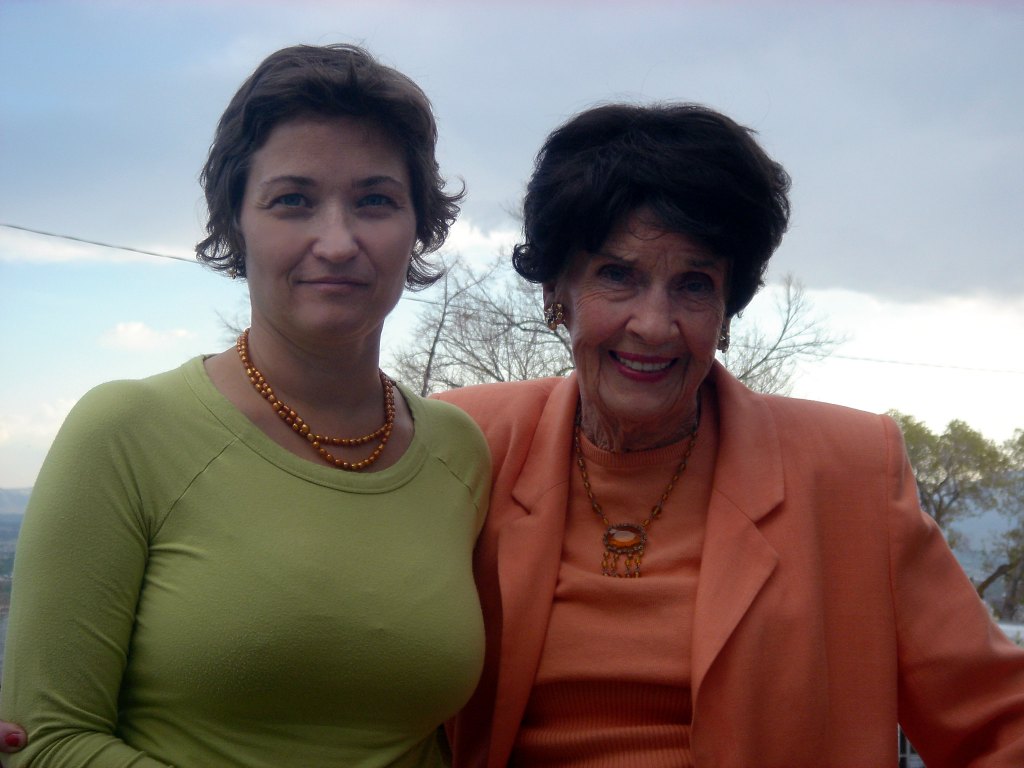 Patti Henrique was visiting with her neighbour from across the back-lane, Betty Isler, when she said she'd give 'anything' for things to be normal again. Right then and there the devil popped up in front of her and tried to make a deal for her soul.

PORTAGE la PRAIRIE, MB – The Devil is down in Manitoba and he’s looking to make a deal several Portagers are willing to take him up on.

“I was just saying to my next-door neighbour, across the back lane, Betty I’d almost give anything for things to get back to normal around here,” Plapper Patti Henrique said.  “I no sooner said it and this little bugger of a devil popped up on my fence and made me the damnest offer.”

The ever-opportunistic Satan presented Henrique with the proposition of giving him her soul in exchange to granting her wish for things to return to normal.

“Betty was screaming at me to hit the little bugger with the rake but I wanted to hear old Lucifer out,” Henrique explained.

“He is a sliver tongued fellow.  I’ll give him that, but I started to think he was trying to hoodwink me a bit.  It was like that time I bought a used Chrsyler LeBaron from Kelly Sproule for twelve hundred and the bugger sold it running without a battery in it.  It was a nice silver colour and was turbo-charged.”

Henrique’s hunch may have prevented her eternal damnation but it is reported other Portagers weren’t as discerning.

“I’ve been to church enough to know you gots to be careful when dealing with the devil,” Henrique said.  “Saying you want things to get back to normal doesn’t mean that’s what you really want.  I just wanted to be able to go to bingo and to get back to work but I didn’t want things to be exactly the way they were.  There was a lot of shit that wasn’t right about the way things were and I certainly wasn’t going to give my soul to some ugly little devil to go back to that.”

The bargaining took a turn when Henrique tried to corner Satan on what he could do to improve things rather than just going back to ‘normal’ and Henrique noticed he was being evasive and vague with his offer.

“To hell if I’m going to sell my very own soul for the way things were with no improvements.  He obviously can’t do much to improve things so I tells him to stay the hell away.”

While Henrique may have successfully rebuked the devil, many other Portagers were duped into offering up their spiritual essence in exchange for an odd list of items.

Larry Bergson received a used X-Box, Michelle Hainsworth got back together with her ex-boyfriend, Emily Sandrine was happy to get a Sony home stereo with one blown speaker, Danny Klein found himself in possession of a freezer full of meat after he offered up his soul and Jeremy Pepperfeld exchanged his eternal well-being for a fifth wheel he later discovered smelled of fish.

According to authorities, Lucifer collected a total of 23 souls in the past week from people saying aloud they would offer anything for things to get back to normal or some variation of the statement.

Officials with the city are surprised so many people were willing to make a deal to negotiate away their eternal living arrangements but do understand the lack of live sports is taking a toll.

All the Portage area churches we reached out to were too busy planning online services to provide comment on the situation except one local gathering of Plymouth Brethren.  The Brethren assured CIPP-TV Channel 116 that they were actively recruiting all Portagers for God and that a new set of pamphlets on how to get to heaven from Portage la Prairie would be in everyone’s mailbox soon.

The Brethren would also remind folks to refrain from speaking with the devil or negotiating any form of deal with him as he is known to be quite deceitful and has ripped people off in the past.  They also assure everyone that even those who have signed agreements with the Devil can have them nullified by contacting many of the area churches, especially theirs.

Notice to reader – click here to read the full disclaimer and disclosure and advance legal statements.  You’d think that a rinky-dink fictional website wouldn’t have to go to such lengths to inform people what fiction means but this is the literate state of our nation.  One nation united by God.  People in Portage aren’t really selling their souls for profit or any other kind of tender, service or goods in this way.  They may, in fact, be doing this in a more subtle nature but we have no evidence of this.  Mostly, because we didn’t look very hard to find any.  But why would we look hard for evidence we are fictional.  We just make this stuff up.  Okay then, good night and have a nice sleep.