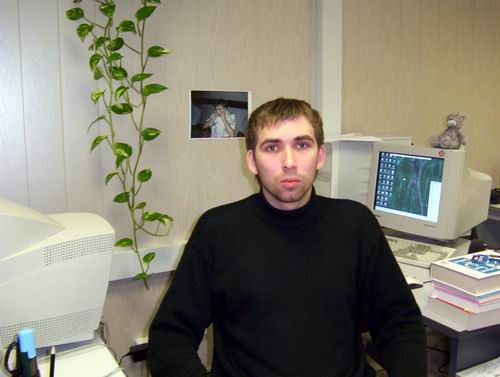 What started as an HR complaint turned into and award.  CIPP TV Creative Services Producer, Sean Neudorf began his day by deciding to turn an unfortunate habit into something useful.  He developed a slight cough and wanted to continue working so he took to farting each time he felt a tickle in his throat to cover the sound and drive his co-workers away.

The television station’s HR department were quick to acknowledge and commend Neudorf’s efforts in light of recent health concerns and the call to social distance.

“Sean used his natural gifts and creativity to force his co-workers to stay more than the recommended 6 feet away,” Station Owner Ryan Coke said in a written statement.  “In this age of social distancing and social isolation Sean is to be commended for his actions and will receive a $10 gift card and our employee of the month honours.”

Several employees accuse Sean of being annoying and feel his actions had little to do with recent public health concerns.  Many believe his regular consumption of beer and nachos cause him to fart, almost at will on a daily basis.

“I have to admit I’m a little surprised I got an award,” Sean Neudorf said through the bathroom stall.  “I almost crapped myself by Tess’ desk.  I heard her gag and call HR.  Most of the time I just sit in my cubicle and write bad TV commercials sometimes people pop by and chat.  Now when I hear them coming I just let one go so I can watch YouTube without interruption.”

Neudorf has admitted to “sharting” many times and attributes the small wet spot on the back of his pants as being caused by his attempts to social distance.

“Yeah, I got a little rust in the back end.  Most of the time it comes out in the wash so I’m not worried.”

Randy Love, Neudorf’s manager, didn’t want to comment on the specifics of the issue but is generally known as a supporter of flatulence in the workplace and encourages his entire department to fart when they feel like it.

Click here to read the full disclaimer and other legal information.  Remember that social distancing is important when dealing with viruses that are contagious and when you feel like giving into your introverted side.  Also realize this story and website are fictional – that means made up, not real.  If you don’t understand that you should immediately leave this site and never return.  Tell your mom you love her and always wipe well to avoid dealing with an itch later.  Cough into your sleeve.  This website is not a medical site nor do we have any expertise in this area.  We do not know if farting will help anything but it does make us laugh.  Potty humour is allowed and encouraged on this website and the site is best enjoyed while on the toilet at work.  BTW if you poop for 10 minutes a day on company time it is like getting an extra two weeks paid holiday.  A holiday you spend in the washroom at work but still….Photo Credit: Arthur Ivanov –