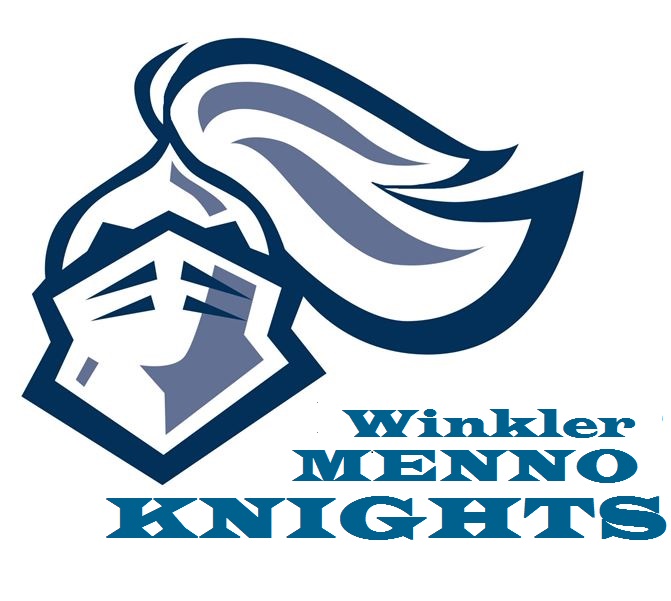 Winkler, MB – The small-town Manitoba Junior A team is pushing back on the National Hockey League by swapping NHL monikers and thumbing their noses at legal pressure.

The Winkler Flyers, answered legal pressure from the National Hockey League and decided to drop the “Flyer” name after complaints from representatives from Philadelphia.

“The term Flyer doesn’t really have anything to do with the town or area so we thought it would be a good time to make the change,” said Harold Loewen, V.P. of Name Affairs.

The Las Vegas Golden Knights were unable to secure the trademark on the expansion team’s name,  leaving a door open for the local team.

With the “Knights” name now up for grabs, the Winkler organization jumped at the golden opportunity.

“We are proud to announce the name starting next season will be the Winkler Menno Knights,” said Loewen.  “We can think of no better name to capture the culture and vibrancy of Winkler.”

Known for it’s predominant Mennonite culture and abundant night life the nickname is sure to be a big hit.  Menno-Nights has long been used to describe the hustling night life of Winkler.  From all night church youth events to sunflower eating contests to late night conversations at the Tim Hortons combined with numerous alcohol-free parties Winkler has long been the hub of Southern Manitoba and Mennonite night life.

The Winkler Menno Knights will make a big splash next year by making it a year-long celebration of all things Mennonite.

“We will have numerous theme nights throughout the year,” said Loewen.  “We will also unveil a large banner with a portrait of Menno Simmons on the west wall of the rink.  It’s high time we were proud of our Mennonite heritage and our hockey team.”

Promotional nights will include:

Crokinole Night – with human crokinole on the ice between periods.

Friesen – Harder – Dyck Night – family gathering for the Friesen, Harder and Dyck families at the rink.

We don’t like Morden Night – airing of the grievances against the twin city.

We’re Better Than Steinbach Night – a night where we celebrate the obvious.

Altona Sucks Night – another night where the obvious is celebrated.

Spitz Night – get there early for a top row seat as we hand out free sunflower seeds.

Coupon Night – bring in any coupon and get 50% off a ticket – that will satisfy the Mennonite in most of us.

Meddaschlopt Afternoon Game – bring dad and grandpa to the game and they’ll be given a pillow and blanket to have a nap.

Faspas Night – all rink food will be replaced with buns, jam, pickles and cold cuts.

Mexican Menno Night – Tacos in a bag and some special music from our Mexican cousins.

Bring Abe Night – bring someone named Abe and get in for free.

Notice to readers: Click here to read the full disclosure/disclaimer. Please be advised that the above article and others on this website are without merit when it comes to being real. That means it and they are not real. It and they are works of fiction. Fiction implies, but is not limited to, they are made up and are not real stories and any resemblance to real events, people and their goings on is coincidental. Now, please note Portage la Prairie is a real place and humans, animals and some of the goings on of said things are real these works are still of fiction created from the minds of sometimes troubled people known more commonly as writers. Writers of such material are creating the unreal from the real. Let the onus be on the reader and consumer of the material on this site to be fully and completely aware of the responsibilities that come with reading the above said material. As a reader of same you are obligated to embrace the opus as humorous, satirical, weird, unusual, quirky, offbeat but not as reality. When sharing electronically, verbally or via physical gestures please do so only after reading the piece in its entirety along with the accompanying notice to reader. Never share with any malice or misgivings. Don’t mislead people into thinking this is anything but a work of fiction. This contest has no cash value, is void where prohibited by law and is affront to common sense and decency. Don’t leave the lights on. Save the world.