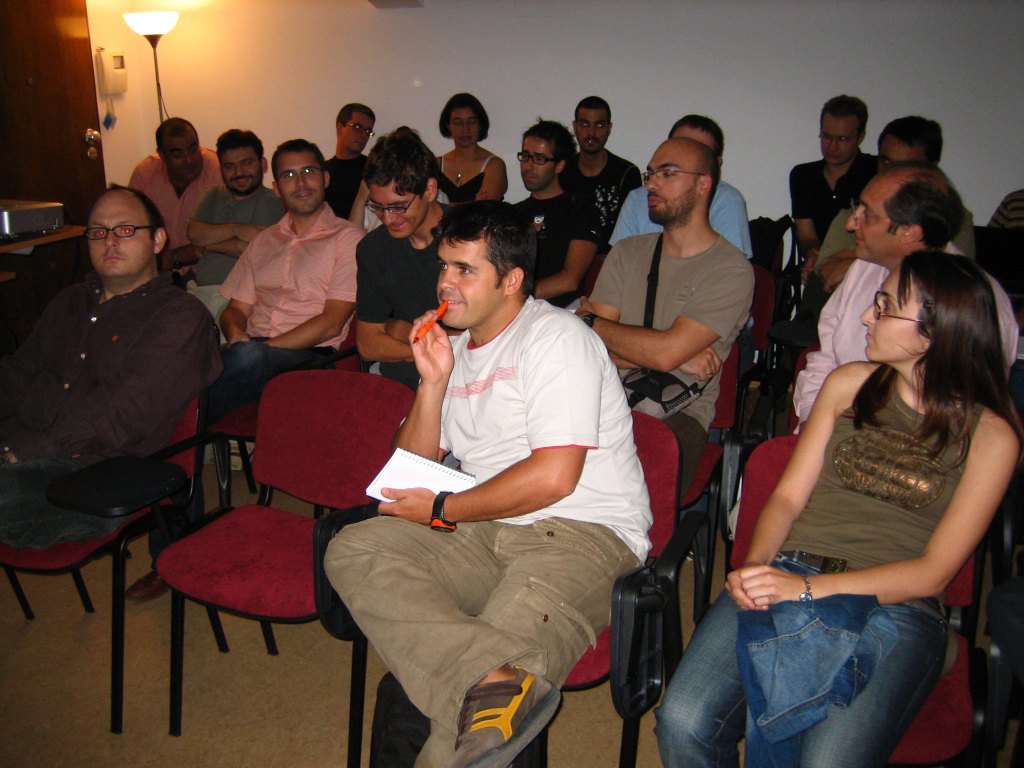 PP After Dark host BJ Harrisburg was called out for humming and moaning during a recent meeting at CIPP TV Channel 116.

There is a reason why most midnight staff work the overnight shift.  They are generally a little off the beaten track and in many cases slightly bent.

Such is the situation with CIPP TV’s PP After Dark Host BJ Harrisburg.  Harrisburg was outed this week during the weekly hosts and producers meeting for randomly humming and moaning at a barely audible level.

“For a few weeks now we could hear this infrequent weird humming noise,” The Dirt Host Gerry Atrick said.  “Most of us thought it was the beer fridge but then it turned into more of a moan.”

Too much moaning landed Harrisburg into hot water with station owner and mentor, Ryan Coke.  Coke was forced to give Harrisburg a sternly worded memo and made him promise to stop fooling around during team meetings.

Other staff accuse Harrisburg of making moaning and grunting sounds when using the washroom just to make them feel uncomfortable.

“I thought he was in real medical distress once,“ Creative Director Randy Love said.  “I walked in and he starting moaning louder and louder to the point where I thought he may have ripped his insides.  I almost ran and got Tess (Teckle) to provide first aid.”

Harrisburg has been known to enjoy making strange sounds in his cubicle and for intentionally mumbling while speaking to co-workers.  He refused to comment on the incident but did make a weird sound without opening his mouth while rolling his eyes into his head.

PP After Dark is seen 5 nights a week on CIPP TV Channel 116.  By sending BJ Harrisburg out to random local events to host segments the programmers hope to make watching the low quality movies and re-runs more enjoyable to the people sad and desperate enough to be watching late night television.

Disclaimer – click to read the full disclosure and other important legal information.  CIPP TV is an imaginary TV channel that exists on the internet and is owned and run by fictional characters.  Although the station is in Portage la Prairie (somewhat of a real place) there is no truth in the matter.  Portage la Prairie is real enough but the stories on this website are crazy made up.  If you’ve read this far and haven’t realized that you should never read another thing on this website because you’re obviously not getting it.  Please leave.  We do encourage all those who do get it and perhaps laugh to come back often and share even more.  We love you.