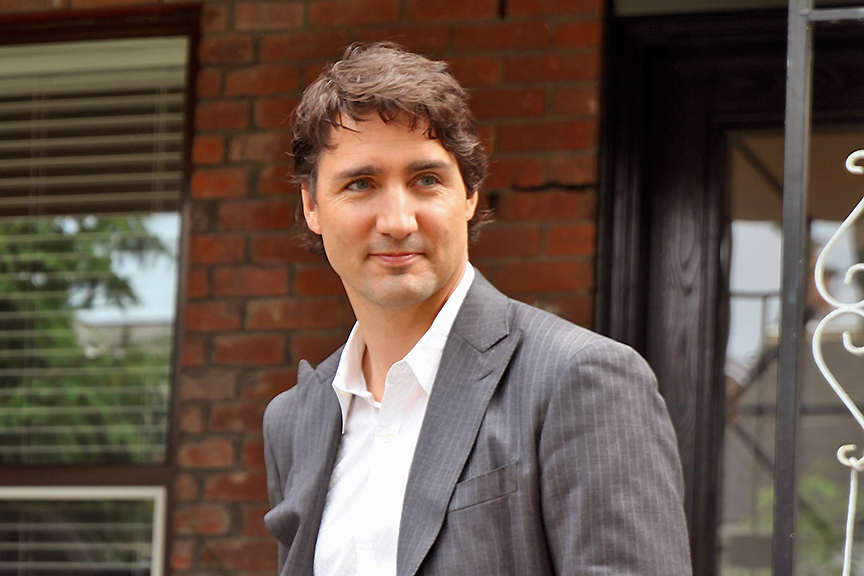 Prime Minister Justin Trudeau is kicking off the legalization of marijuana in a big way.

Trudeau is opting to celebrate in St. Claude Manitoba rather than Ottawa with a special afternoon ceremony at 4:20pm local time.

“There is no more fitting place to mark this historic moment,” Prime Minister Trudeau said,  “We have a bi-lingual town in the middle of Canada that has honoured its ties with France by creating the world’s largest smokable pipe.  This will be the most Canadian way to kick off the legalization of marijuana.”

Local planners buoyed by the influx of funding are planning a day long festival featuring fireworks and concerts.  A diverse line-up of artist will include Bob Dylan, Snoop Dog, Eric Church, Lady Gaga, Lil Wayne, Willie Nelson, Drake and many more.  Special M.C.’s will be Cheech and Chong and a full roster of comedian is coming soon.

“We are thrilled to be the location for this event,” organizer Serge Demers said.  “We had people smoke weed in our big pipe before but never legally and never anyone this famous.”

Trudeau is slated to take the first rip at exactly 4:20pm followed immediately by a CF-18 fly by.  The pipe will be kept lit for up to three hours to allow attenders a chance to sample the new government issue weed free of charge.  A great selection of food trucks and concessions will be on-site all evening.

St. Claude hopes to make the event an annual one.  “Around here we are calling it the 420 on the 240,” Demers explained.  “I think we can move the weed celebration from April 20 to October 17 with the new laws in place.”

“I invite all Canadians to join us in person, on television or through the internet as we celebrate the coming of age of our nation,” Trudeau said in a statement.

More musical and comedy acts will be added to the festival as the date gets closer.

Stay tuned to CIPP-TV and check out the website CIPPTVPortagelaPrairie.com for more details.

Notice to readers/disclaimer – this is a fictional story and a fictional website.  We don’t pretend to be real.  We are not fake news or fake crap.  We are imaginary, like most of our friends.  Click here to read more about this.