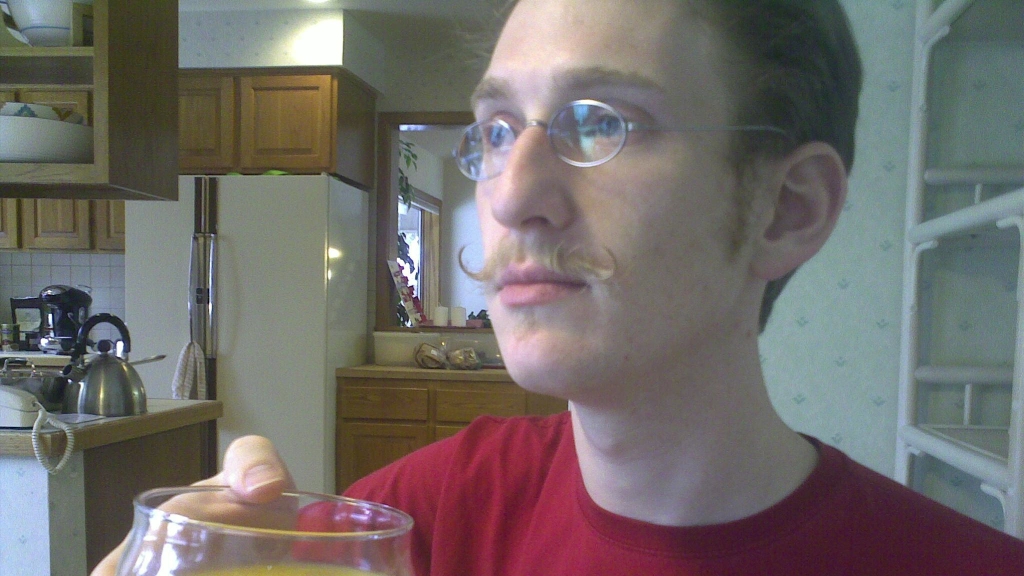 Portage police picked up a mysterious man Saturday morning at a local coffee shop after other customers got into an altercation with him for holding up the line by trying to place an order by saying just one word.  Potato.

Once in custody, police tried to question the man, but he stonewalled them by answering with just the word, potato.  Fingerprint and facial recognition searches yielded no information on the man’s identity, prompting police to ask for the public’s help.

“We feel there must be someone out there who the man is living with or visiting that knows his true identity,” police spokesperson Peter Froman said.  “It is very frustrating when dealing with someone who is only willing or able to say potato.”

Medical experts evaluating the man have been unsuccessful in finding an explanation to his limited communication.

“He appears normal from a physical and psychological perspective,” Froman explained.  “Normal except that he only says the word potato, which is very abnormal, even for Portage residents.”

“We did try to get him to say other words like hash browns, fries and mashed but he would just stare at us and say potato,” Froman added.

“He was just ahead of me and kept saying potato to the kid at the counter,” Neepawa said.  “Poor kid didn’t know what to do.  He went through pretty much everything on the menu and the dude just kept saying potato.”

Neepawa tried to explain to the man he was in a coffee shop but he got nowhere.

No charges are pending on the mysterious potato man from the altercation at the coffee shop but authorities want to identify him before releasing him.

“We ask if anyone recognizes him to contact us immediately,” Froman said.  “We don’t know if he needs medication or if that will even stop him from saying potato.”

This most recent incident of a person just saying one word is frighteningly similar to the case two years ago of the strange woman who said strawberry.  Police do not believe the two cases are related but the woman is still in psychiatric care in a facility in Winkler and are reporting no progress in her case.

“We still don’t know where the strawberry lady came from or why she only said the word strawberry,” Froman said.  “Her file remains active and we continue to chase leads as they surface.”

Portage la Prairie seems to be a destination for people who only communicate with single words and home to many who understand single or few words.  Some are suggesting it has something to do with literacy rates or trauma associated to reading and comprehension.

“This may be a social issue but we are not ruling anything out at this point,” Froman said.  “We don’t believe there is a threat to public safety but we would appreciate information on anyone else speaking single words.”

C.I.P.P.- TV Channel 116 will have updates on this story and more as news breaks.

Notice to readers/disclaimer – click here to read the full disclaimer and find additional legal information about the fictional, satirical and occasionally humorous nature of this story and website.  This story is just fiction, it is not real.  No one in Portage la Prairie is just saying potato and/or strawberry, although, we would not be surprised if it happened.  Do not trick your friends, family and associates into thinking this is real.  That would not be nice and considered majorly uncool.  Remember to vote for Billy Neepawa whenever you can.  We love him and he is great.