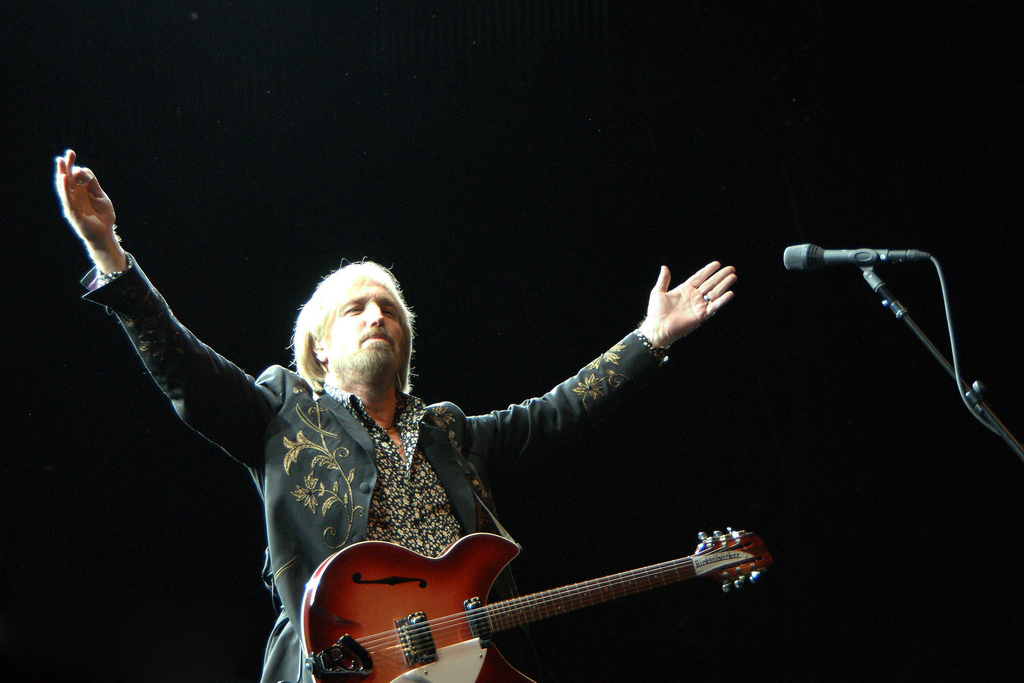 Portagers are calling it The Church of Tom Petty a Modern Day Saint, and it is a religious movement that is exploding.

Founder, Peter Frohlinger, started the Church after Petty’s death on Monday and according to Frohlinger, his apparent resurrection.

“I got a text from my buddy Derek Monday afternoon that Tom Petty had died,” Frohlinger said.  “The first thing I did was check Facebook and Twitter and sure enough they confirmed he was dead.  I called my wife to break the news to her, but by the time I got home, Facebook said he was alive again.  It was a rock and roll miracle!”

Frohlinger believes the confusion and early reports of Tom Petty’s death were the result of the Rock and Roll Hall of Famer coming back to life.

“The mainstream media won’t cover this but I could tell from Facebook that he was dead for several hours before he came back to life,” Frohlinger said.  The life-long fan believes Petty was prophesying in his hit songs.

“He clearly sang that he won’t back down even at the gates of hell.  I’m guessing he died and maybe ended up going down rather than up and said ‘no way man, I’m Tom Petty and I won’t back down’.  I think he got a second chance to come back, make things right, perform some miracles and then he free-fell out of here.”

The Church of Tom Petty features a doctrine of peace, love and freedom combined with some popular mainstream Christian beliefs.

“I want the world to share in the miracle that was Tom’s death and life,” Frohlinger said.  “After coming back from the dead he clearly found a peace with God and lived out his prophecy of free fallin’ into the after life.  It’s a powerful lesson we can all learn from and live by.”

The churches first several services will feature music and messages centred on the Full Moon Fever album.  Worshippers at each service will sing Free Fallin’ and I Won’t Back Down and the songs Love is a Long Road, A Face in the Crowd, Runnin’ Down a Dream, I’ll Feel a Whole Lot Better, Depending on You and Alright for Now will all be used as the inspiration for upcoming sermons.

“We’ve heard from over four hundred Portagers who plan on coming to our first service this weekend,” Frohlinger offered.  “There are at least a dozen other communities in North America who are looking at starting a local branch of the church.  This idea has really struck a chord and is filling a deep spiritual need.”

The church plans on renting space for now but is looking to buy land and build a church and museum if the support is there.

“Tom was a very spiritual man and we’d love to create something that celebrates the miracle of his death and resurrection along with his music.”

Notice to readers/disclaimer – click here to read about this story and website being satire and purely fictional.  It is sad we have to point this out but please read and share responsibly.