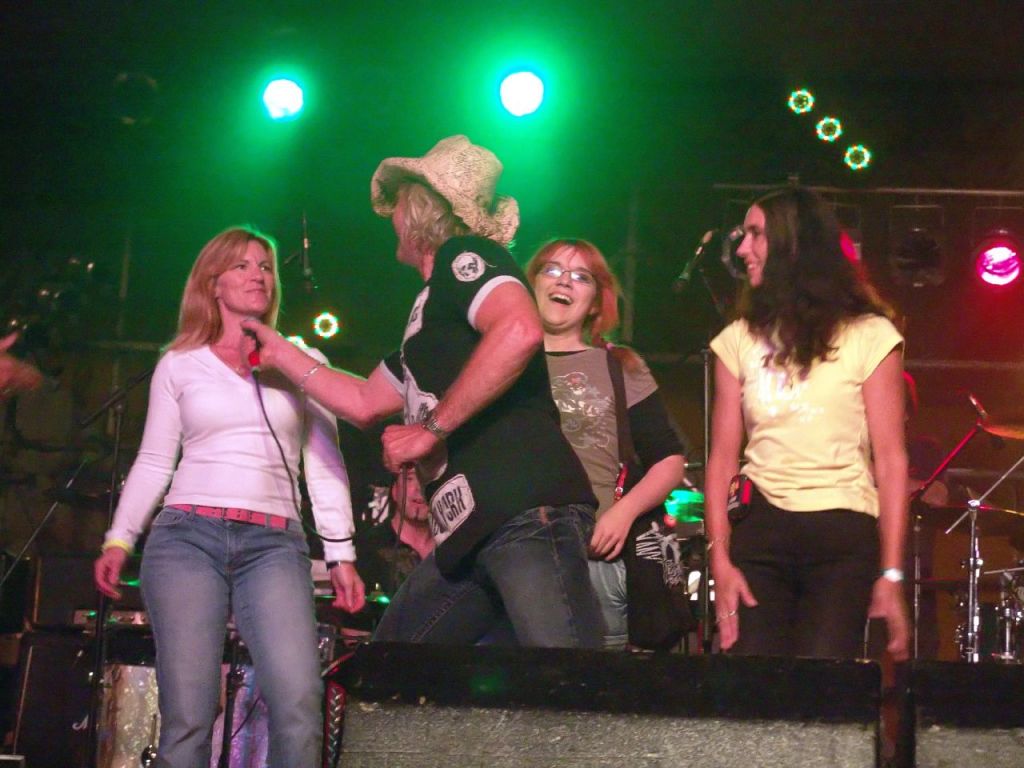 After 33 years of giving R’s, O’s, C’s and K’s fans of Canadian heavy metal legends, Helix may have run out.  At a rock festival in Kelowna this week the band took the stage to engage the crowd with their iconic sing-back song “R.O.C.K. You”.  When they called Trina Murray on stage to help, they experienced something they have never seen before.

Helix lead singer Brian Vollmer kicked the song off by screaming, “Gimme and R!”  He pointed the microphone to Murray who responded with nothing.  While the drummer and guitarist kept going, Vollmer froze at the snub.

“I just didn’t have an R to give anymore,” Trina Murray explained.  “I knew I couldn’t get to ROCK and I certainly didn’t feel like doing the Rock You thing.”

Murray travelled from her home in Portage la Prairie for the Kelowna show and was initially excited to see one of the favorite bands from her youth.

The 50 year-old Portager saw a break down in integrity by singing the song.

“If I’m honest, when I go to concerts now I do just wanna sit there.  I don’t want to get up and move,” Murray shared.  “I certainly don’t want to rock anything anymore.”

“I was excited when I first got called up on stage but I just couldn’t yell something I don’t believe in anymore.”

“Being a Canadian rock superstar isn’t what it used to be,” Vollmer admitted.  “Back in the day we’d get bras and panties thrown at us on stage.  Last year some woman in the front row tossed me her false teeth.  That’s not nearly as sexy as it is gross.”

“I actually am thinking about messaging Helix to see if I can get back some of the R’s I gave them over the years,” Murray said.  “I’d like to give them to something else if it comes up.  They can keep all the ‘Rock You’s’.  I won’t need those anymore.”

Helix still plans on touring but will be screening all audience members at the door to make sure they come packing a full complement of R’s,O’s,C’s,K’s and Rock You’s.