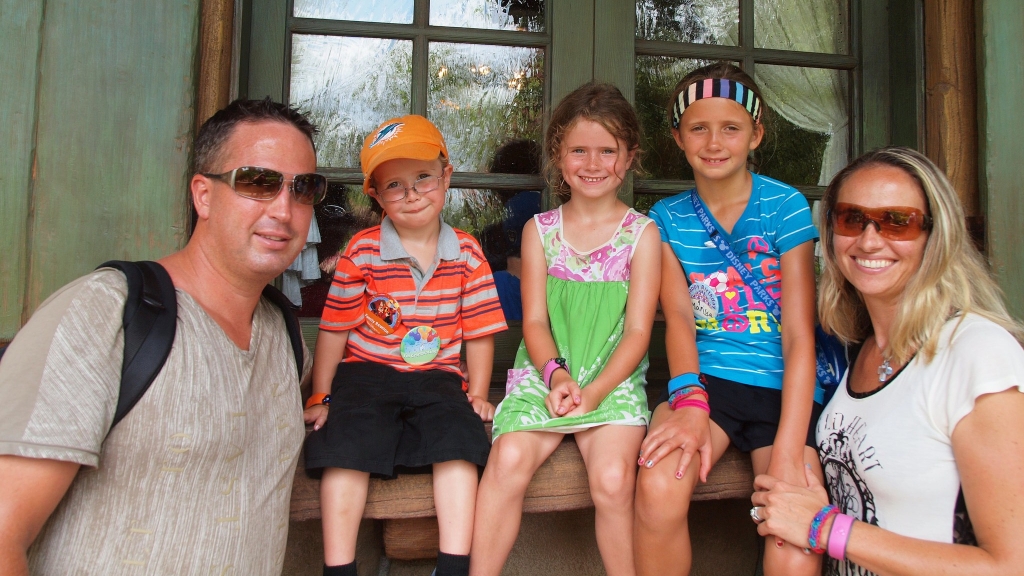 A Portage family learned it’s a small world after all, after an embarrassing moment is witnessed by Portage child at Disney World.

The Martens’ family didn’t think anyone was watching, and they certainly weren’t expecting to be recognized while in Florida during their vacation.

While waiting in line for Big Thunder Mountain Railroad, Crystal Martens struck up a conversation with a family in front of her from Indiana.

“We were just chit-chatting about the kids,” Crystal Martens said.  “The lady commented on my accent and then asked me where we were from.”

Martens had encountered this question before and felt the awkwardness of trying to explain she was from Portage la Prairie, Manitoba, Canada.

“I’ve told other people where we were from but it really throws them for a loop,” Martens explained.  “By the time you get Portage la Prairie out you might as well tell them you’re from Saskatchewan.  Americans don’t have a clue what you said.”

The not-so-proud Portager claims she wasn’t try to hide the fact she was from Central Manitoba’s finest city.

“It just seemed easier.  I looked at my son Daylon and he was wearing his Jets hat, so I just told the woman we were from Winnipeg.”

The white lie worked.  The family in front of them knew the Winnipeg Jets and that they were from Canada.

Mrs. Martens and her family did not realize the Roulette family, also from Portage, were just two groups behind them.  Seven-year-old Randy Travis-Roulette recognized the Martens and blurted out an innocent response.

“Little Randy heard me and wanted to correct me,” Martens said.

“You’re not from Winnipeg,” Randy Travis-Roulette screamed.  “You’re from Portage.”

The scene turned from friendly to uncomfortable as the family from Indiana questioned Martens on if she was telling the truth.

Martens’ new friends quickly distanced themselves once Mrs. Martens was unable to explain to her what a Portage la Prairie, Manitoba is and where it is situated in relation to Winnipeg.  The family from Indiana dismissed the Martens as frauds and went about their day doubting the integrity of all the other Canadians they met.

“It’s still way easier telling people you’re from Winnipeg,” Martens maintained.  “Next time I’ll look around to make sure there aren’t any other Portagers around.”

Notice to readers about this story and website being fictional and satirical.  Please don’t claim this or other stories are “fake news”.  Fake news is designed to mislead and what some call anything they disagree with.  Fiction and Satire are designed to entertain and make you laugh.  Those who can’t tell the difference should never visit this site again.