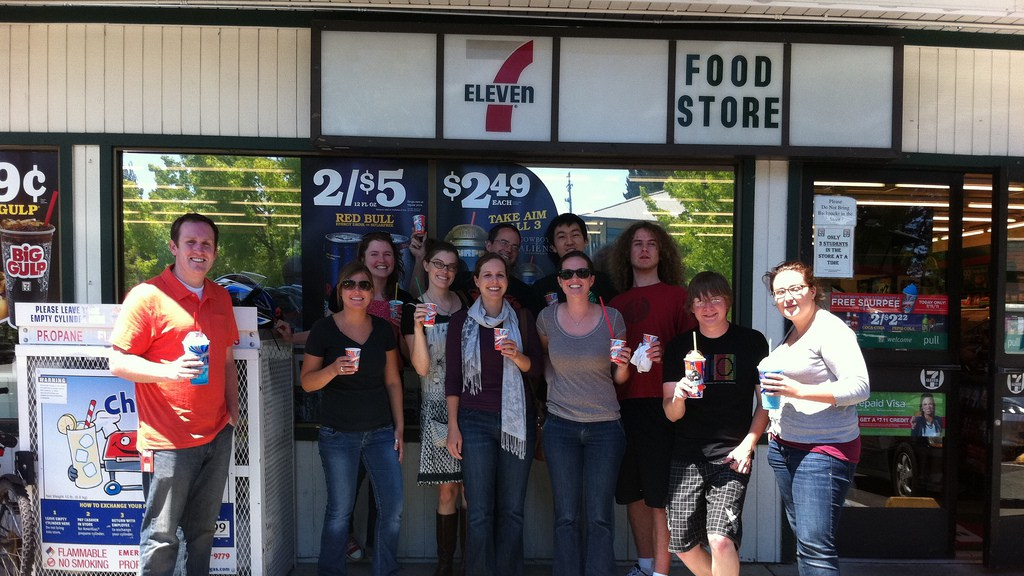 City Hall is using a clever tool to divide Portage la Prairie in half and settle a generation’s old debate.  The home of the Slurpee will split the town in two after tonight’s special City Council meeting.

For years, Portagers have argued over what defines the east and west sides of the city.  While the city has enjoyed an easy and clear dividing line between north and south with the CN and CP rail lines splitting the superior North End from the noticeably lesser, South Side, the line between east and west has been fuzzy.

With no natural physical boundary to split the town into east and west, City Hall came up with a ground-breaking concept.

“We have two locations of a retail icon in town,” Moffat said.  “Everyone refers to them as the East Sev and West Sev so the solution was as obvious as buying a Slurpee.”

“This will really help those in KoKo Platz and Mellenville separate themselves east versus west,” Moffat said.  “No one will have to argue anymore.  All they have to do is ask the person where they got their Slurpee and that will be it.”

The need to know whether you are from the east or west is a basic Canadian need.  Portage la Prairie’s innovative concept has caught the attention of federal political leaders.

“It’s quite fitting that a solution to west versus east comes from a town in the middle of the province in the centre of Canada,” MP Sherman Pounds said.  “To people from Ottawa, Manitoba is in the west, while to people in B.C., it’s clearly in the east.”

Portage’s new bylaw is likely to be made official at tonight’s meeting.  Officials from 7/11 were not available for comment but when CIPP-TV polled local staff, they unanimously agreed with the plan.

Both 7/11 and Slurpee are registered trademarks and copyright of 7/11 Inc.